Get Yeti to Run 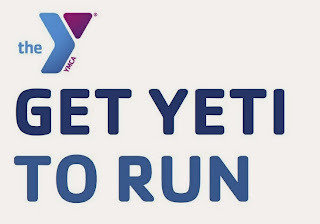 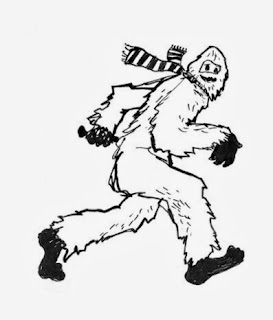 I did a race on December 14th that a friend told me about at a local park.  It was a trail run 5K with 10 "camp style" obstacles along the way.  The race was put on by a YMCA in conjunction with a camp that is an off shoot of the Y.  The run was called Get Yeti to Run and a participant even did the whole thing in a head to toe Yeti costume!  Crazy!  Temps were about 22 degrees and there was about 3 inches of fresh fluffy snow on the ground.  It was a very small race [less than 30 people] and I said, "why didn't you guys advertise this more?"  They said it was their first year so they wanted to keep it small.  I raced it full out not realizing they they weren't even timing the thing or giving results at the end.  I ended up third overall, first female.  The obstacles were fun and got harder towards the end when you were tired.  We took a wrong turn and ended up going more than 5K.  The ending was an awesome tarp slide into poofy snow! 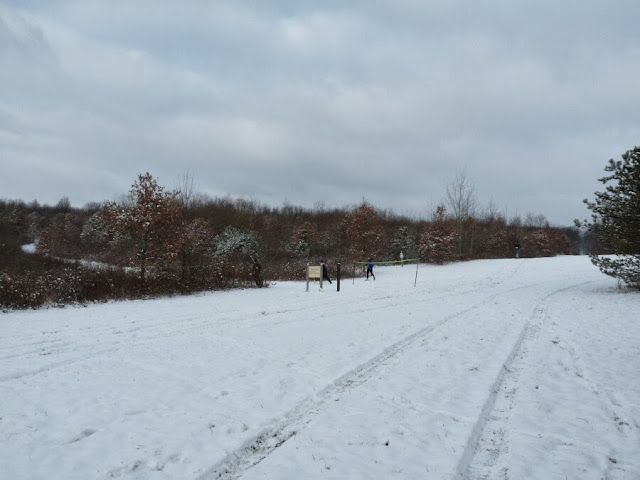 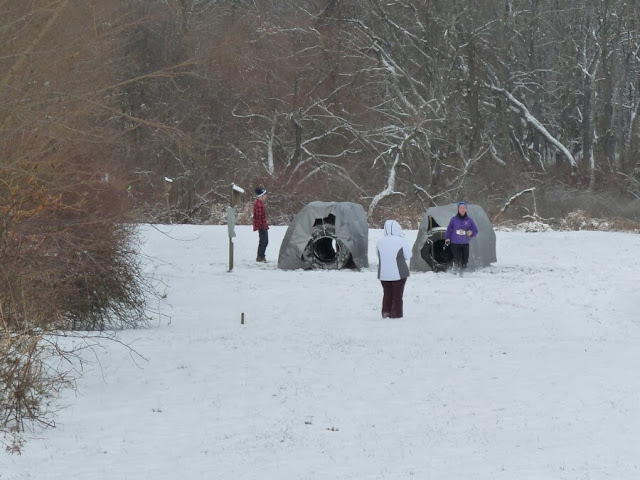 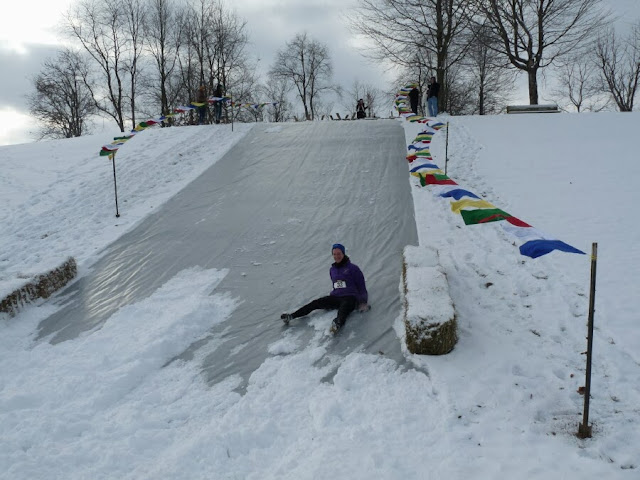 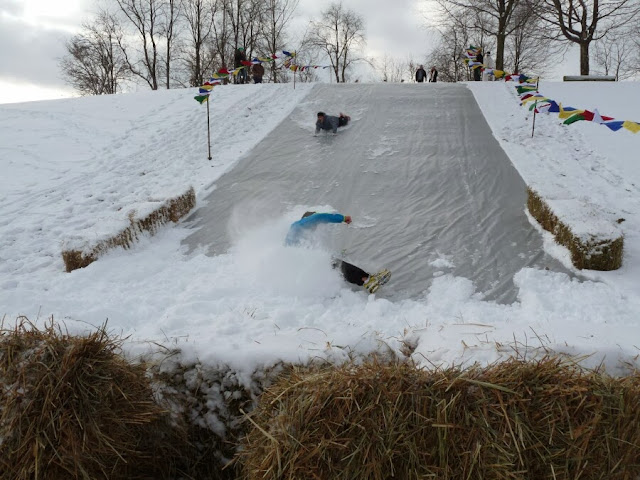 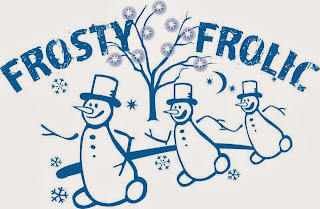 I heard about this race from a colleague.  It is run in the dark through a park with extensive Christmas lighting displays.  Hard to say  no to that!    I haven't run a 5K in 10 years so I figured it would be a guaranteed PR.  Until race day arrived.  There was a Winter Weather Advisory calling for 3-6 inches of snow, turning to rain towards evening.  I was definitely questioning whether it was even a good idea to venture out of my house!    It was a winter frolic indeed!  I ended up having fun, placing 14th female out of 613 for 2nd in my age group.   Pretty exciting!  The race was cut short due to icy roads and it was 2.7 miles instead of the full 5K.  My time was 20:31.   So I can calculate out what my 5K would have been or just call it a wash and try another one again sometime this spring. ;)

From reading other blogs, I can conclude that three is officially the age of ENORMOUS imagination.  Blaine has fictional uncle bapas, fictional work, a fictional boss, a fictional monster truck, and the list continues from there.  For some reason he has been obsessed with moles for the last year and yesterday took the cake when he made mole soup!

After his gymnastics class in the evening, his teacher asked me what we had eaten for supper. I was thinking "uh oh, was he hyper or misbehaving?" So when I answered, "we haven't had supper yet, why," she said, "he told me that he had mole soup!"

Here is the recipe and Blaine at work making it! 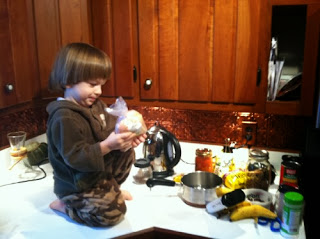