I have been doing races that involve running, biking, and kayaking /canoeing for three years now.  Every year I say I want to do an actual triathlon with swimming but keep making excuses.  One of our best friends is a swim coach and we live on a lake so it isn't like we don't have the resources needed to improve in that area.

So I bit the bullet and signed up for one in the a women's only division.   It is even shorter than a sprint but I am so nervous about the swim that I thought it would be a good first timer's race.  I had a swimming lesson last week and just need to keep swimming everyday to keep improving!   Hope the weather stays warm because I don't have a wetsuit!   Advice welcome!
No comments:

With the flooding we had back on July 10, this race was originally scheduled to be July 13th but was postponed to July 21st and moved to a lake instead of a river.   Good news for us!  We already were signed up for the Headwaters Adventure Race on July 13th but were free on the 21st.  I was also pumped the lake they moved it to is a GORGEOUS lake out in the country; a lake I hadn't been on in four years since I coached cross country.  I have spent many hours on that lake canoeing / swimming with the teenagers during camp.  Oh the memories!  I miss those days!

This was our first race that was paddling-only.  I didn't know how exactly it was going to go or how the divisions would be.   We chose the 5 mile race because 12 miles on a lake just sounds brutal!

The day started out shaky when the race director saw me get in my kayak.  She said, "Oh no dear, don't do it that way! You need to take my beginners' kayaking seminar!"   I knew then I had to kick some major butt. I may not be schooled in proper kayak entry, but I have kayaked plenty and consider it to be a stronger area for me than running and biking. 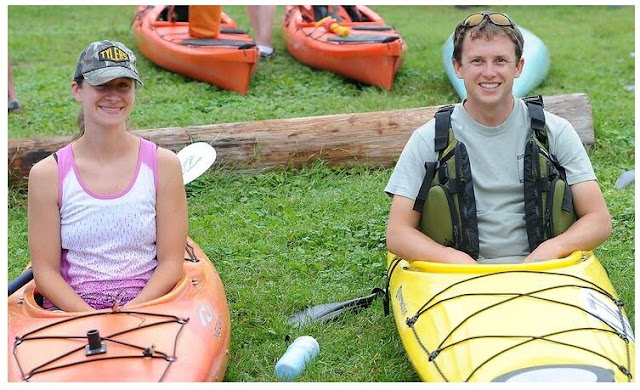 As we got in the water and lined up [quite a challenge since there is really no line], a guy in a megaphone said, "1 MINUTE TO START".   My legs started shaking I was so nervous!  The airhorn went off and I paddled like heck, trying my best to stay with Nick.  His kayak is a foot and a half longer than mine so I consider it faster.  Short kayaks = slower, Long Kayaks = faster.    The positions we got ourselves into at the start of the race were pretty much the finishing positions so I'm glad I went out quick.  I was right behind Nick!

I ended up winning my division by 10 minutes.  They do divisions where males are separate from females and then by kayak length.  So I was in K-1 Women's Short.    My kayak is 13 foot long.

In conclusion, the director was impressed I was in fact not a beginner and gave me an impromptu lesson at the end.  The race was EXHAUSTING; more-so than I thought it would be.   I had fun, but if a scheduling conflict came up, I would definitely pick a race with running, biking, and kayaking over one with just kayaking!  It was neat seeing a whole other subset of athlete; there are some people that are majorly into that stuff!  Those canoes were AMAZING!
No comments:

Seems like every time I go to the zoo it is packed with moms on mom dates.  Children galore.  Pure chaos.  Super super super hot and brutally sunny.  Not hard to guess my mommy confession: 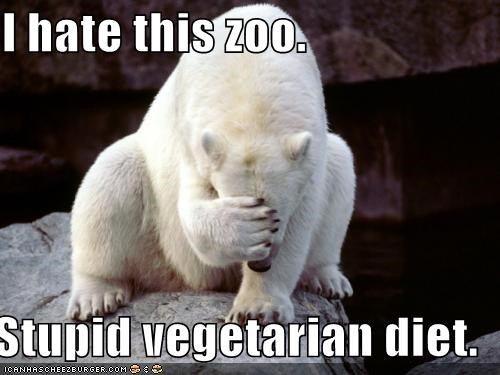 If I never go to the zoo again, that would be too soon.   I seem to get roped into going once a year and each time say to myself, "never again".   However, based on the amount of people I know with zoo annual memberships and how much all moms rave about taking their kids to the zoo all the time, I think going to the zoo with my kid is something I'm supposed to love doing.   I don't.  I would rather go to a farm.  Heck since my family has a farm and multiple farms at that, I will just conclude by saying I'd rather just stay home.

Does that make me a bad mother?
4 comments: