I Tri-ed it! Portages Lakes Triathlon

As my last post explains, I had been wanting to do a swim-bike-run race but kept chickening out for various reasons.  My subpar swim skills topped the list but also the logistics [running and biking while wet?!] also made me chicken out year after year.

I signed up for the "Women's Only" division since it had a short swim.  The distances were 250 yd swim, 7 mile bike, and 2 mile run.  I don't have a wetsuit so I prayed the water temps stayed up since the race was September 15th, long after the night time temps begin getting cold.

The morning of the race I woke up to 44 degree temps.  However, the water was 72 degrees so I knew I would survive!   I made my way down to the beach after setting everything up in the transition area.  They gave us instructions and we all lined up 2 by 2 because that is how they would send us off.   There were lots of other girls not wearing wetsuits, but I was one of the only ones not wearing a swim cap.  I had thought that the race people would give us swim caps! OOPS!  I didn't mind biking or running with wet hair so it didn't make one difference at all.   They told the experienced swimmers to get to the front of the line so I went back a ways.  I probably started midway in the field of 116 women.  There was a lady behind me who was talking about her plan of "walking" the swim like she did last year.   Supposedly the water was going to be waist deep the whole way.  Once the swim began, I quickly found out with a trial "touch" that I could not touch out in the middle!   Not sure how she did!

I passed about 5 people in the swim section and definitely had to resort to back stroke more than once.  Although perfectly legal, I guess back stroking it is a tell tale sign of a beginner!   Will have to work more to improve in the future.

Off to the bike.  There was one wicked hill and one medium hill.  I passed probably about 9 people or so on the bike.  A lot of the time there was no one in sight and I found that odd.

Once I got off my bike and started the run, I realized I COULD NOT FEEL MY FEET AT ALL.  They froze themselves solid on the bike.  It was definitely an awkward first mile but I did a lot more passing. By mile two we were in the woods on trails and that is where I really feel at home and started flying.  I felt like I was out in no-mans land because I didn't see anyone.  I knew I was on course because I had went by a water stop in the woods and then the arrows are painted in orange.    I came in to the finish line and the lady took my ankle timer chip thing and threw it in the box.  I SAW THERE WERE ONLY THREE OTHER CHIPS IN THE BOX!    I was fourth one in?!  Nick confirmed my thoughts and at that point I realized there was probably a good possibility I won.  I have only ever done one race before where you don't start when everyone starts and therefor you have no idea how you did.  Not a big fan.

The results showed I was 15th in swim, 1st in bike, and 2nd in run for 1st place overall!  I can't complain about that!   I need to continue working on swim, but to think 2 months ago I was breaking in bubbles and then Sunday I got 15th out of 119 is pretty impressive.  My long term goal is a 70.3 [half iron man] but most likely will wait until my kid(s) are older and I can train properly! 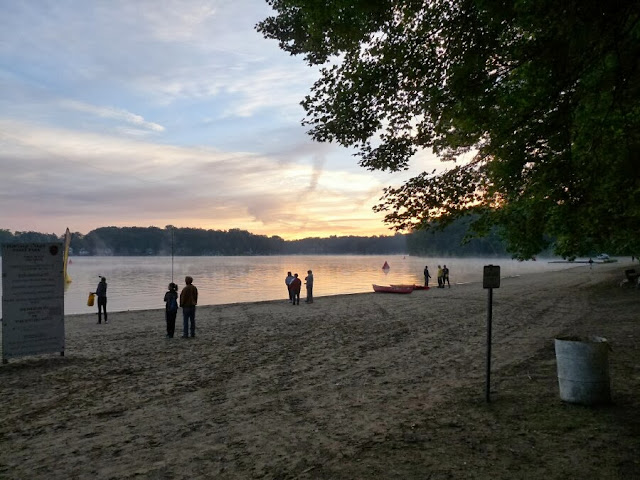 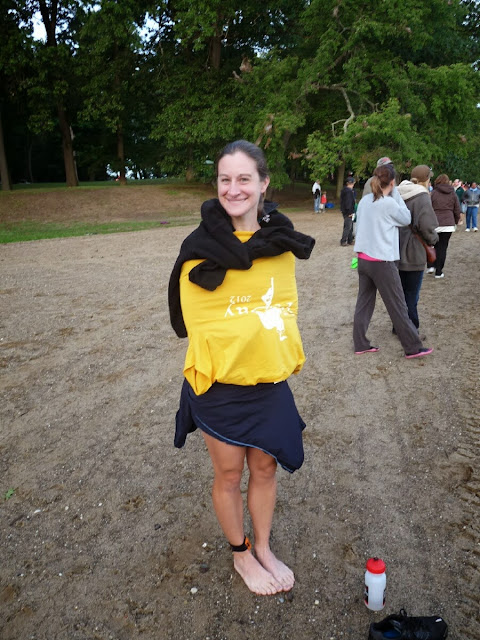 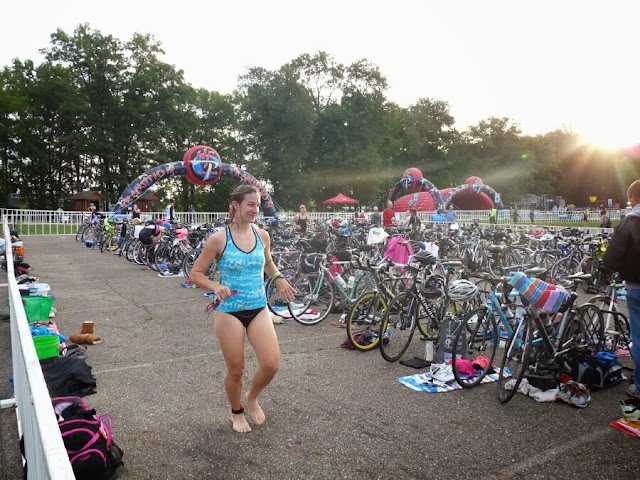 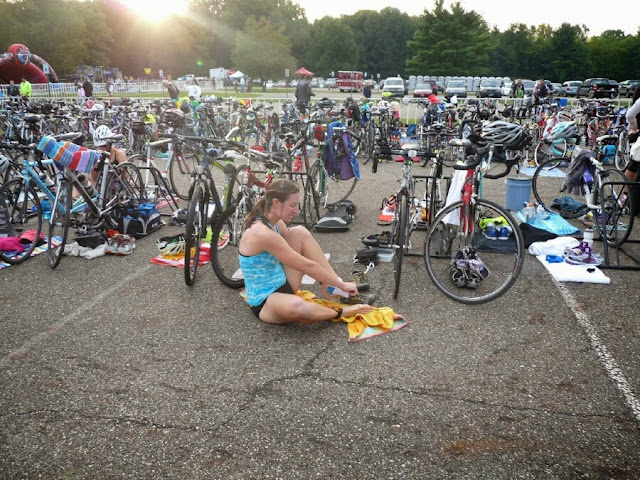 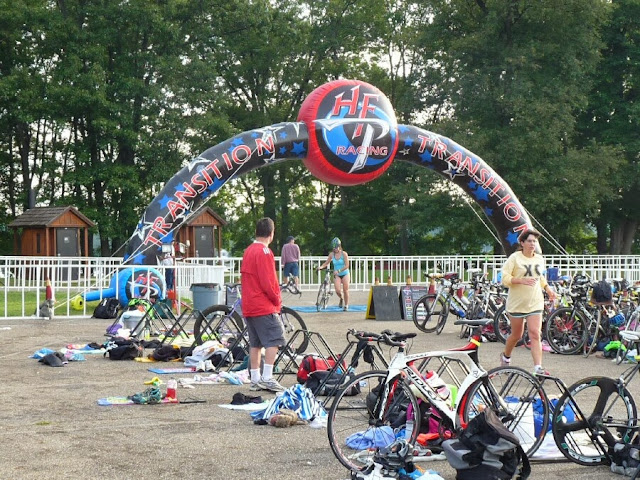 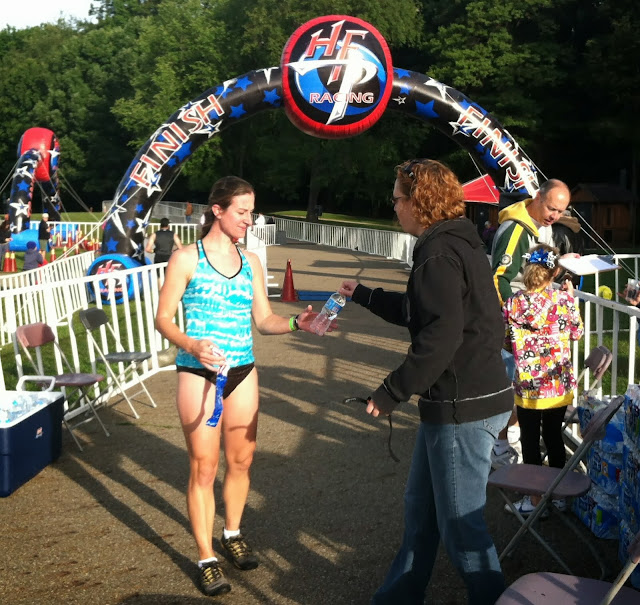