Last Thursday was the worst day.  My sister moved 9.5 hours away.  I know tons of families live far apart, so for many of you, that may not seem like a big deal.  However, if you've been reading this blog long, you know that pretty much my whole family AND my husband's whole family all live within a 10 mile radius of here.   So yeah, a distance that far is a big deal to us.

She moved away for a one-year optometry residency.  So yes, only for one year.  My biggest fear though is that she would marry her boyfriend and live there forever.  [He will only live there, he has said it before, and WILL NOT COMPROMISE; an obvious stress to their relationship].  Their original plan was to get married this summer, but as the date neared, she kept telling him "no engagement" so he had yet to get her a ring, etc.  They have been dating 4 years.

Enter best day.  My sister broke up with him last night.  Her first week living in his state.  Ha!

I know she still might end up living far away from here, I know they could get back together, but at least now I have a little more hope that someday she may come back.  I want to squeeze my [future] nieces and nephews every single day [or at least more often than a few times a year] and have her close by.   If she ends up living anywhere but Ohio, I supposed I'd get over it, but I would prefer it be in a mountainous state. ;)  LOL!

We miss her already and it is only week 1. 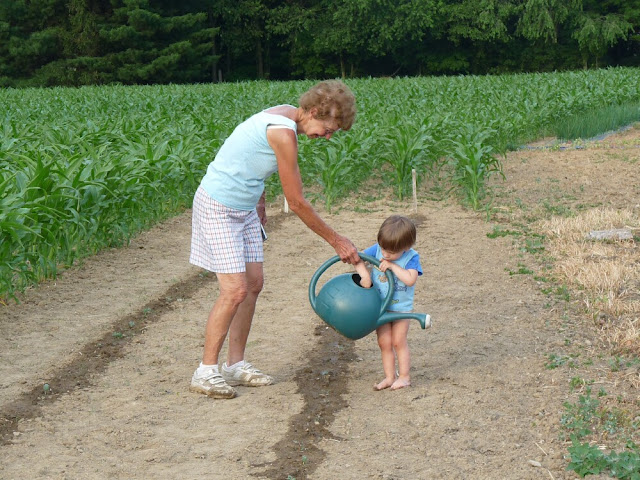 Whenever I find myself wishing I lived somewhere different [hello mountains], I realize that moving would take away thousands of moments like this away from my child.  He can now say "mama" and "papa" [what I've called my grandma and grandpa since childhood] and hanging out with them is his favorite daily activity.  Watching them interact just about makes my heart explode with happiness.  Not too many kids see their grandparents AND great grandparents every single day;  Blaine is one lucky kid.   I'm pretty lucky too. :)
5 comments:

The book Born to Run really motived me to give "barefoot" running a try.  You know, the way humans have run for millions of years, virtually no chance of injury, yada yada.  Read the book.  I use quotes around "barefoot" because I'm not quite ready to ditch shoes all together; there's a lot of poop out there! ;)

The Vibrum FiveFingers have always given me the hee-bee-gee-bees just looking at them [I hate things between my toes and cannot even wear flip-flops] so I knew I wanted something different.  I didn't want to pay a lot of money for something that I wasn't sure if I would like.

Enter Nick.  He's been running in the Vibrums for years; but he doesn't really run all that much.  He had a store / online credit and purchased these without me even knowing: 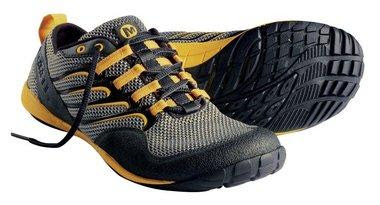 They are Merrell Barefoot shoes.  That I didn't even know existed.  So I stole them from him.  [Oh yeah, should add my husband WEARS THE EXACT SAME SIZE SHOE AS ME.  I cannot even begin to tell you how convenient that has made life over the years!]

So far it has definitely been an adjustment.  You have to change your running form to land on the middle or forefront of the foot instead of the heel so there are muscles / tendons yelling at you that you haven't used in years.  I did a lot of reading and youtube watching to get my form to where I felt it was right.   I've been taking it show and have worked up my mileage over the past month.  I'll be honest though, I have a race coming up and I thought I'd just wear my regular shoes, but I had them on to jog out to the garden today and it was TOO WEIRD!  I think I'm officially used to the barefoot shoes!
7 comments:

This weekend was a big one: 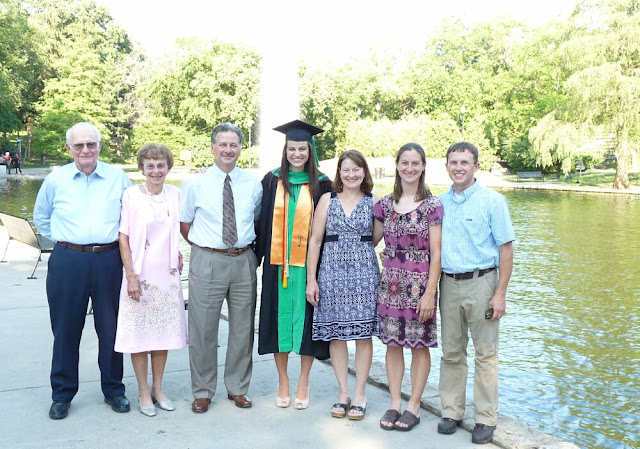 That one will never ever ever ever EVER sink in!  I remember when we would "play school" and she didn't even know how to count.  I taught her the alphabet for crying out loud.  That should mean I'm entitled to some of her salary or something like that.  ;)     In all honesty though, I'm sooooooooooo proud of her; she was class president all 4 years so had to make a speech and I almost cried!

3)  We celebrated our 6th wedding anniversary! 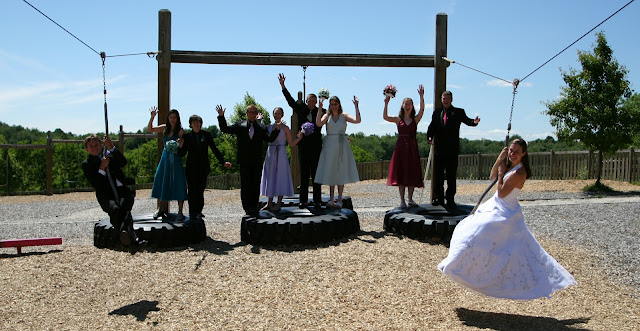 Ok that is the only one I believe.  We've been together almost 11 years now so being married for 6 almost doesn't sound like enough.  ;)
8 comments:

Potty on the Go

They are doing a give-a-way on facebook for this potty!  Always good to carry a potty in the car!
1 comment: