It was OUR turn

As much as a blessing a robbery can be, I'm almost thankful that my mom got robbed last week because it gave me a chance to hide things that I wouldn't want stolen (example: my wedding ring).

Yep it was our turn.

I got home from school at 3 pm and notice BIG shoe prints in the snow from my drive to my deck. Yikes. I knew they weren't Nick's because his feet are smaller than mine. I go to unlock the door and TRIPLE YIKES it was unlocked. I knew for sure for sure I locked it in the morning. Yep, strewn across my kitchen floor were a few things from my BEDROOM (!!) and all the cupboards were open. Those suckers didn't get my wedding ring, class ring, jewlry box though because those were hidden. Yay. But they did get the safe in the closet with some letters and old pictures ( I told Nick to hide it and he didn't; he's really kicking himself now). Laptop is gone and that is what I'm missing the most about now. DVD player is gone. I'm freaking out about my spare car key being gone so I switched vehicles with my mom until Nick returns on Friday so sort this all out. Super frustrating and scary to be going through this without him here.

I guess what angers me the most is the cops haven't got these guys yet. I think they are up to about 45 robberies in the area. The police said they are hitting the more rural places because they have a less chance of being seen.

DIDN'T I GO OVER THIS BEFORE?! I DON'T LIVE IN THE COUNTRY. THERE ARE 3 WALMARTS WITHIN 10 MILES OF HERE!!

Guess the police think this is the country. Yay.

I blame the robberies on the recession. I think it will be getting worse before it gets better.
1 comment:

In Love with Barns

I guess the whole wedding thing has got me a little nostalgic this week and I've been looking through old pictures from that day. Then I sit here and miss Nick because he's been out-of-state a TON lately for work. He is coming home today and leaving again Monday. Blech.

There were lots of great things from my wedding but my favorite I think had to be the Ohio Bicentennial Barn wedding cake! I went for a cheap wedding not because I had to but because I wanted to. I figured my parents needed to save up for my sister's wedding someday (LOL). We had a picnic / potluck reception outdoors behind my church and the Nick's mom made the cake! (Then there were sheet cakes for the guests). 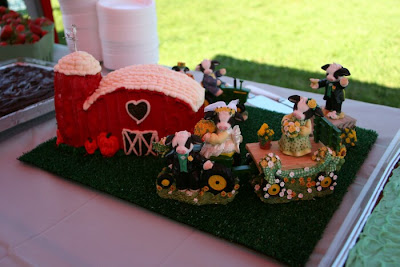 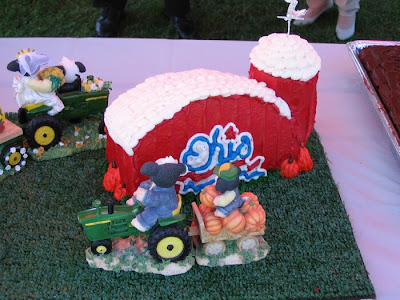 Of course most people probably don't know what an "Ohio Bicentennial Barn" is so let me explain. There is one in every county, painted free hand by a VERY talented large-scale artist, Scott Hagan. Check out his site, he is AWESOME. He's young too, saving an old art. They are comparable to mailpouch barns. We've seen all 88 and even watched Scott paint 4 of them. It was quite a quest for us; taking about 4 years! Here we are in front of our last one. 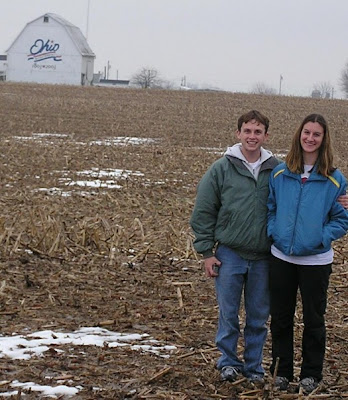 If you'd like to check out pictures of others, check out Ohiobarns.com. It is one of my favorite sites that lists barn art in other parts of the the country too. Defiance County is my favorite, make sure to look at it!!

I only dated one guy before meeting Nick. The relationship didn't last long; I think it was from April until July. But it was full of firsts. First date, first kiss; I really liked the guy and have good memories from it.

It ended when he dumped me and broke my heart. We got along great so the dumping hit me like a ton of bricks. It was OUT OF THE BLUE!! I think it must've been the fact that he was over 21 and I wasn't. And he drank beer and I would never in a million years. And I was saving myself for marriage and he hadn't. Things add up when I think about it now.

I always wonder if I would've married him if he hadn't have dumped me. My life would've turned out much differently and I know I wouldn't have turned into the "me" that I am today. I probably would have been happy but a different kind of happy. I know that who I am today is because of Nick and I LOVE who I am today and how my life is. I met Nick the November after "the dumping". We were best friends but not really boyfriend / girlfriend for the next 8 monthes. He came over every single day and we went out every weekend but I continued to claim he "wasn't my boyfriend". That July while in Montana we had our first kiss and I realized we were truly made for one another. Bless his heart for being so patient for so long!

Where is this going? I lost touch with the other guy and recently (for the past year) had been trying to stalk him down just to see where he was / if he was married / kids, etc. My internet stalking skills weren't working out and I hadn't been able to find him until this week, on Facebook. Turns out, we got married the same day, June 10, 2006. Pretty Darn Freaky. 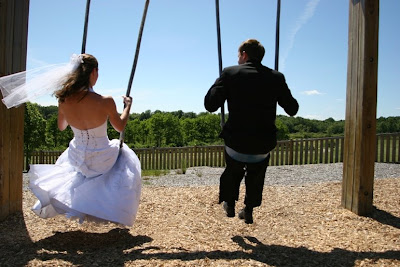 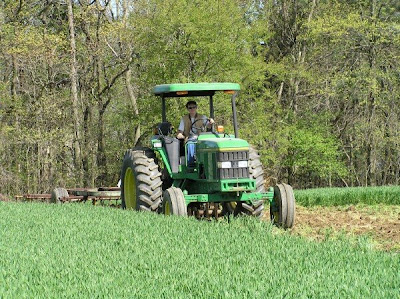 I hope this is my one bad week and the rest of this year will shape up much better!!

First all the snow melted and the ice is no longer thick enough to ice-fish / skate. BLECH! With the ammount I enjoy doing pretty much every winter activity under the sun, that put a major damper on my spirits.

Secondly, I had conferences this week (which means a late, very tiring night) and that day I came down with a horrible cold and a 100 degree fever. That was a VERY LONG DAY! Being sick when you have a job is bad enough, being sick when you are a teacher is the most horrible thing imaginable because you are standing up all day and talking.

THEN, yesterday my family got robbed for the 2nd time in the past 3 monthes. This time it was my mom's house and the people broke in during the middle of the day. All in all everything turned out well because not much was taken of any value, in comparison to November when 2 brand new motorcycles and 2 four-wheelers were wheeled away in the middle of the night from the garage at the barn. This marks at least the 4th robbery on my street that I'm aware of since November. You'd think we live in a "bad part of town" but we live in a great community that I feel just attracts the riff-raff from out-of-town. And I guess crime increases during a recession. 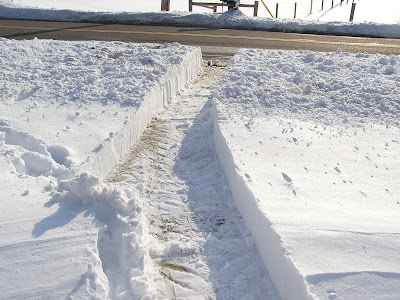 Another week, another challenge.

This was March 2008, the 5th to last picture!! We had just arrived home from Niagra (why we went in the snowstorm of the year, I don't know haha). We had to snowblow out our friends who had been parked in our drive all weekend! We go to Niagra every year for the International Giant Pumpkin Growers Convention; last year was definitely the most eventful getting there and getting home. 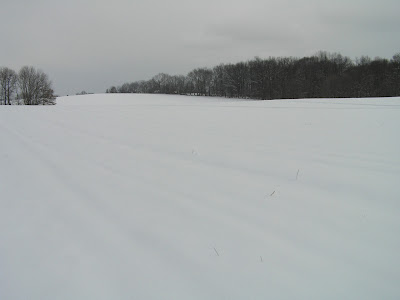 I woke up to the worst feeling in the world: drip drip drip drip. THE SNOW IS MELTING!! I am so sad. I know it's only early February and we have PLENTY more winter to come here in Ohio, but seriously, I am devastated right now. Nothing has brought me more peace that skiing lately and last night I just skiied to the "back field" as I call it, popped a seat and watched the sunset. Saw three deer run across and life was just good.

Speaking to the "back field", everything that can ever go wrong happens there. It is just the law of the land. If the tractor / 4-wheeler / snowmobile breaks, you know you will be the furthest possible from the house. 2 weeks ago my ski broke back there. Walking back (uphill) totally was not fun.