Brittany's challenge is always a fun Saturday activity. My Saturday activities have been great this winter. Every one so far this January has been snowy. So it's been a mix of skiing, snowmobiling, and tonight it'll be a winter-night caching event at the Wilmont Wilderness Center. They hide 50 caches, line the trails with luminaries, and off we search. Super fun!!
Here is my 44th picture from Oct 2007 because I didn't have a November folder! Kind of boring; we were on a walk in the Jackson Bog. 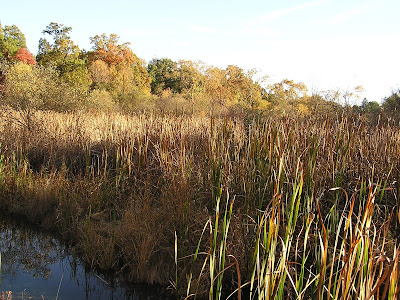 Yesterday morning when my alarm went off, I layed and listened to the news like I always do. They were talking about Mt. Redoubt in Alaska! WOA! Alaska is up top on my list of obsessions in life. I saw Mt. Redoubt in 2006 while on my honeymoon and this is what it looked like. 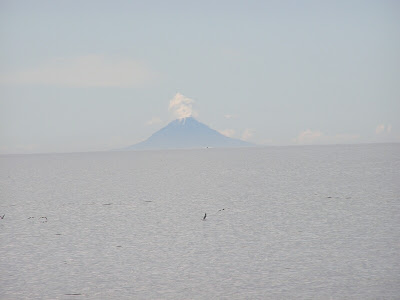 Then last evening I was watching the weather channel (big suprise) and they talked more indebth about how it's activity has increased significantly and it may blow. YIKES. Volcanoes are super facinating.
No comments:

Yeah We are Married 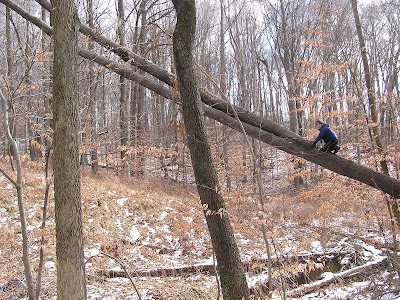 Just my hubby in a tree. I looked up from what I was doing (signing the log of a geocache) and there he was. That's all. It makes me laugh.
1 comment: 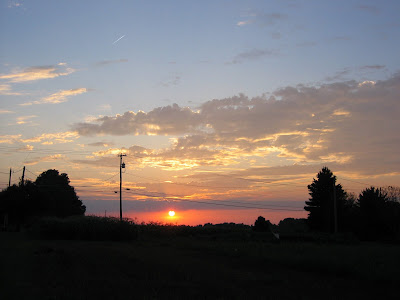 http://www.4littlemen.blogspot.com/ has a picture challenge weekly now. Totally fun to go back and look at old stuff. This week it is the 30th picture from August 2007.

I'm not suprised I was in the patch at sunset. Beautiful of course, but that is normally when I am hot and sticky and the bugs are coming out and I just want to go HOME!!!
1 comment:

Suprises on the Front Porch

These past 4 months I've had some pretty spectactular things show up on my front porch. There's nothing like the feeling of coming home and being like "WHAT'S THAT!!" when seeing a box sitting on the porch. Here are, in order, things I've had show up at my house.

Exhibit 1: The Star Wars Gang. I think this sat on my porch at least 3 days UNDER A RUG and one day I was backing out of the drive and thought, "What is that lump under the rug". Yes, a McDonald's toy and a threatening note from the Star Wars Gang. Only cross country kids still call me "Dieff" (nickname from my maiden name) so I was kind of curious if I'd ever really figure out who did this. If you can't read the note, it says "We'll be back with TP and the rest of the Star Wars Gang". To make a long story short, it was some fellow teachers pulling a prank on me. Hilarious how that finally came to light. 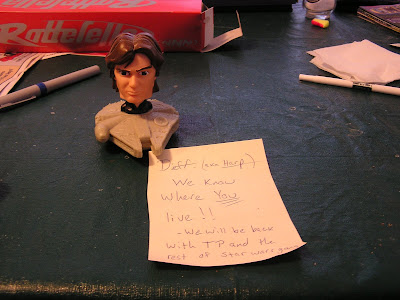 Exhibit 2: The racoon (I think) skull. Gotta love geocaching friends. I picked this up on a caching spree in the woods last fall and left it near the parking lot where we were caching. My friend George picked it up when I wasn't looking, and put it in his trunk for "later use". That later use was him wrapping it like a Christmas present from Santa and leaving it on my porch. GREAT JOKE!! 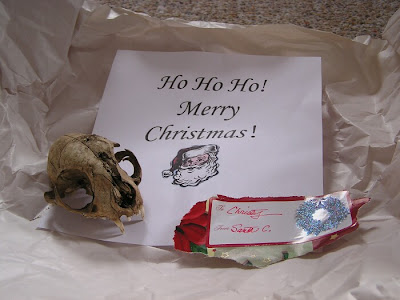 Exhibit 3: Seven jars of the most awesome home-made salsa you will ever taste straight in from the west coast!! My friend Neal from Oregon knows I love the stuff and just randomly sent me some out of the blue. I almost cried. He is amazing and great and super; a typical "pumpkin friend". Meaning, although we correspond a lot, I know him through giant pumpkins and have only even met him in real life twice. 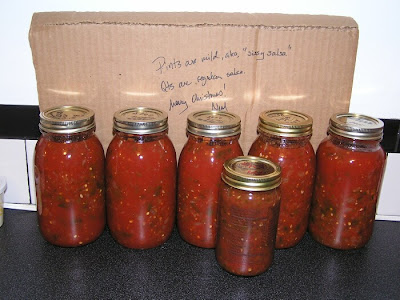 Exhibit 4: Saved the best for last. This pumpkin friend Adam lives in Washington state, is in college in Idaho, and had to give up growing a few summers for internships. He may be headed to New Mexico for grad school next year. Since he didn't want to let this seed go to waste "sitting in a shoebox", he sent it to me to grow. A 998 PUKOS!!!!!!!!!!!!!!!!!!!!! To all you that don't know pumpkins, that seed grew the current world record 1689 Jutras and countless others over 1000. It goes for $400 or more at seed auctions. And Adam sent it to me with a note of "thanks for being a good friend". HOLY FRICKIN COW! 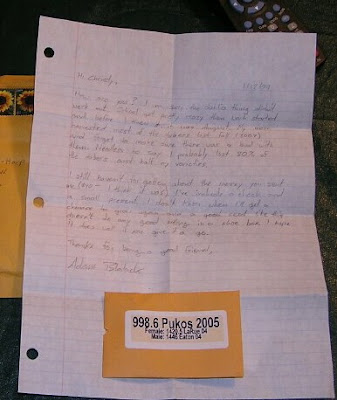 So that's what I love so much about front porches. Practical jokes, kindness, and random neighbor's pets (peacocks mainly) can show up on any given day! I'm thankful for them all!
No comments: 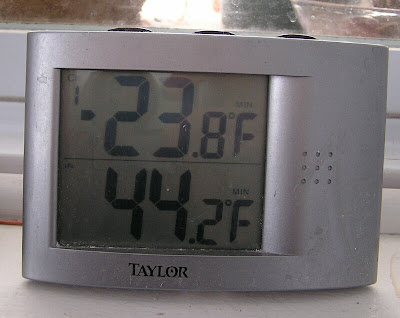 The all-time record low for January in my town is -25 recorded in 1994. We were pretty darn close last night. And what is that 44? THE TEMP INSIDE MY KITCHEN!!! Yikes. And yes we had a frozen drain (our shower) because it drains into a dirt, unheated, crawl-space.

P.S. Nick slept outside in his tent to "see how it would go" and it went well until 4 AM when he came inside declaring he "couldve made it all night if he wanted to". LOL.
1 comment:

Blast from the Past

Every now and then I'd like to post some old pics in this blog. Trace my roots, remember where I came from ya know. I love family reunions because you get to hear stories about "how it was back then". My grandma's whole family gets together every 4th of July and my grandpa's on Christmas. I soak in so much history on those two days.


My grandma was the 5th child of 6 in a dairy farming family. Her "daddy" as she still calls him delivered milk in glass bottles and she rode along! Of course no one saved any, but recently someone found a few and gave them too her as a gift. Super cool. I wish I had one.


When she was in 4th grade, the city of Akron took their farm via eminent domain to make Firestone Park, and they had to move the herd and the HOUSE to a new property. 30 years later the "new farm" was cut in two by Interstate 77. What luck. Eventually her younger brother took over the operation and moved it south to Dalton, Ohio where it still exists today. If you could see the park, and the megatropolis of car dealerships / movie theater /fast food places that used to be the two farms it would blow your mind. And kinda sorta make you angry.


This pic is of my grandma in front of the house she lived in while it was being moved. They slept in it at night during the move! CRAZY! 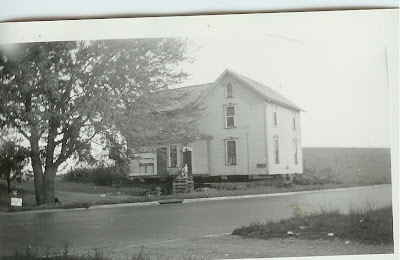 And this is it in the final resting spot: 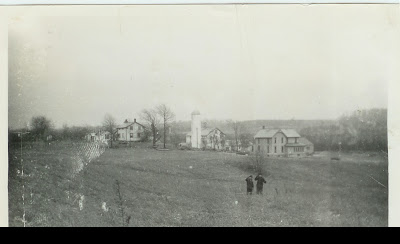 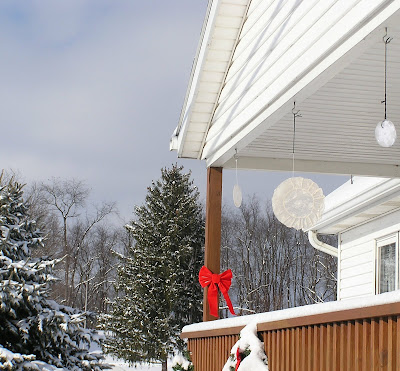 Got the idea for these beautiful things from a lady in Montana (one of my favorite places on earth of course!). http://fromthefrontporch.com/WPBlog/
They look great on my front porch with all the fresh snow! Gotta get those Christmas decorations down sometime. haha.

21st Picture in May 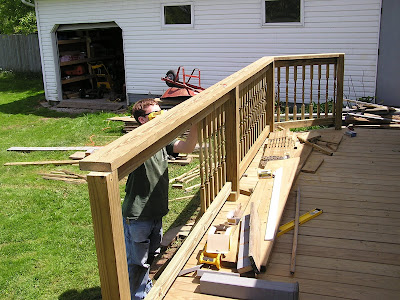 Thought this was a neat idea. You go to your "May" picture folder and find the 21st picture and post it. Then leave a comment that you did it.
Mine was hubby redoing our deck! Too bad because there were a lot prettier ones from May. LOL.
2 comments:

Sunrise and a Snow Storm

It is SNOWING !!!!!!!!!!!!!!!!!!!! ALOT! First big storm of the year. This is my road looking south and then north. I'm not sure my mustang will be able to handle it, even with snowtires. Time to stay at home and watch Season 2 of Lost. :) I just started Lost over Christmas break and I'm not sure what took me 5 years to do so! After Nick gets home from snowfishing, I mean ICEfishing, he'll take me to my mom's and we can ride the snowmobile, sled, and ski. YAY!! 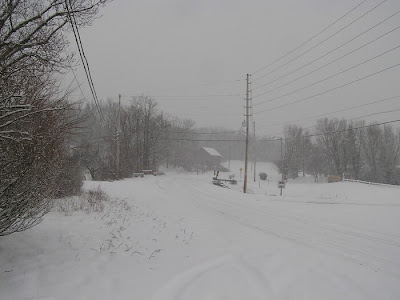 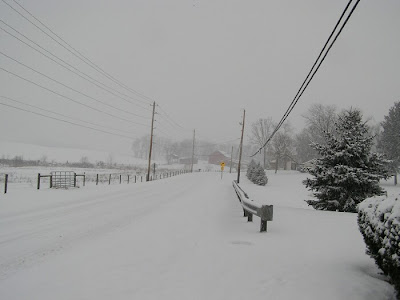 This sunrise was one week ago!! BEAUTIFUL :) 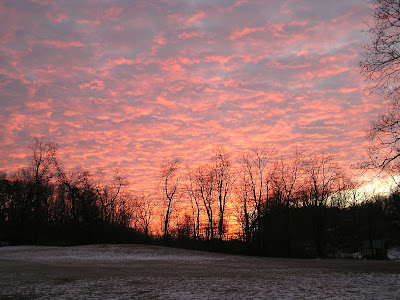 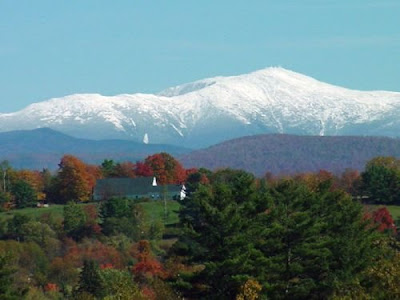 Nick is now training for a winter ascent of Mt. Washington. Yes I'm aware that it holds the record for highest windspeed on earth (231 mph). Yes I'm aware the climb will be in January. He will be with college kids who work as trained mountaineering guides during the summers, so he'll be safe, right?

I just like how over the past 2 weeks he's taken me hiking anywhere I've wanted to go; so I've had a lot of adventures!!!