Winter is here and so is an OWL! 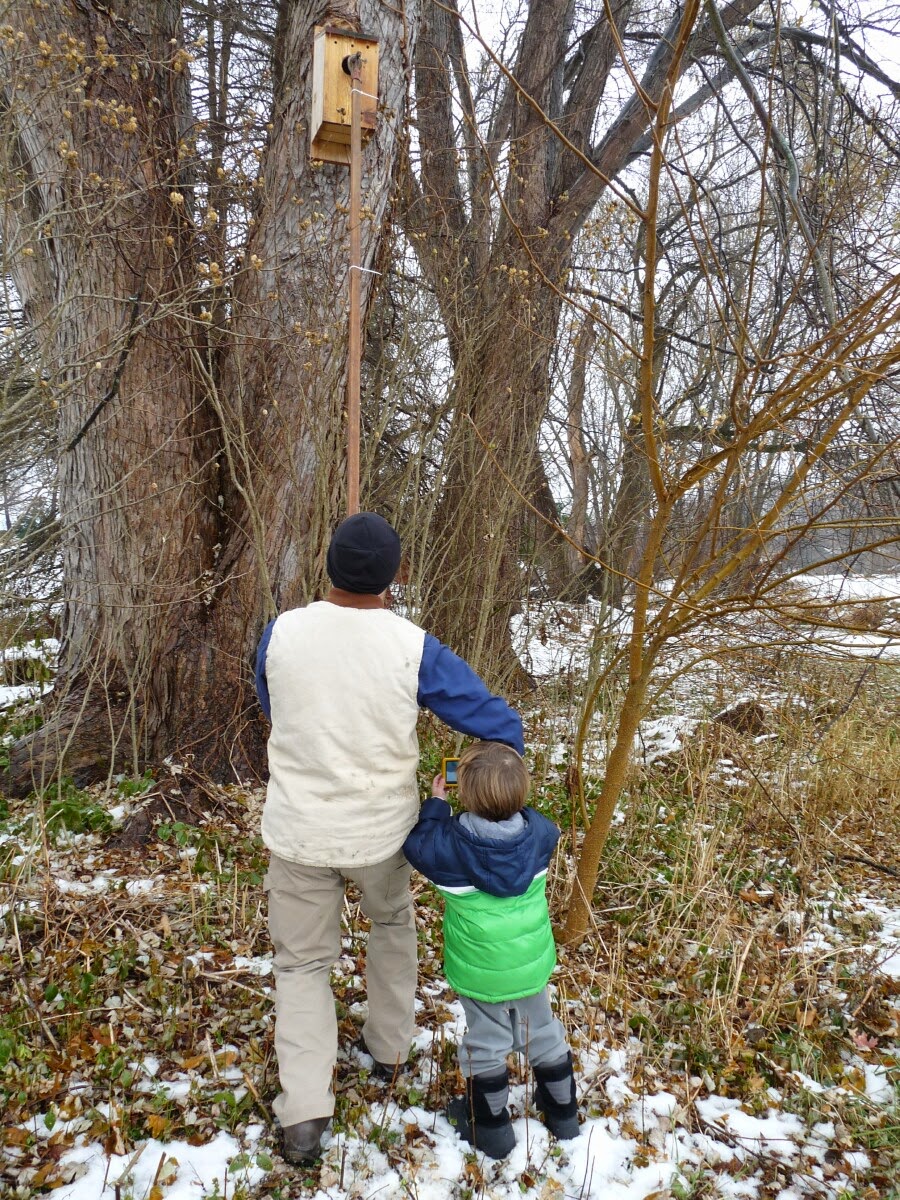 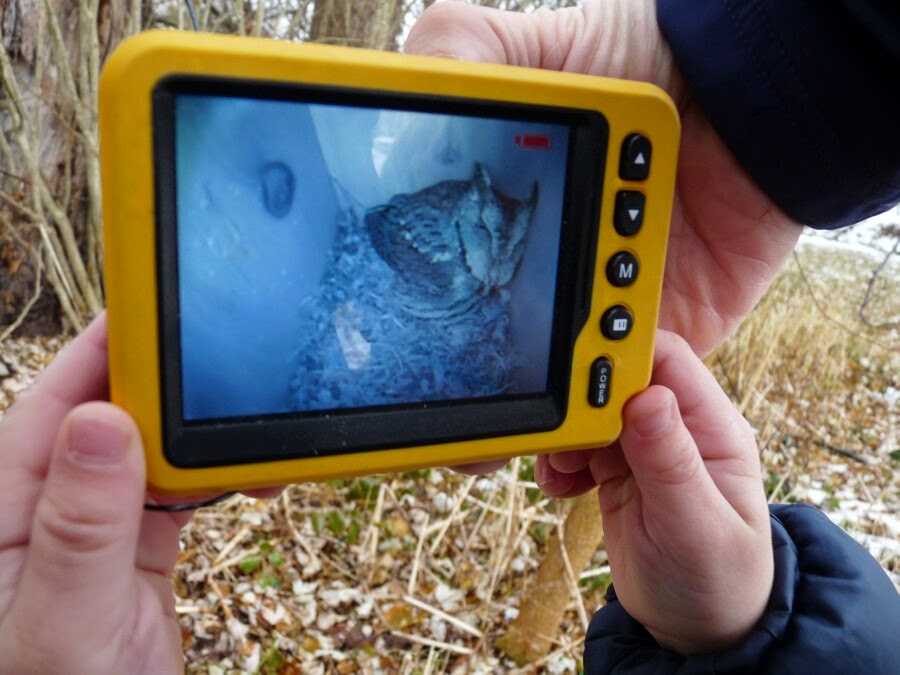 Winter came early this year!  We had several inches of snow one day but it hit mostly in the hours AFTER the superintendent decided school would be OPEN.  Ha.  We also had some bitter cold temps; enough to freeze the ice thick enough for a morning of ice fishing before mild temps returned to melt all the winter goodness.

In other news, we used an icefishing cam to spy on a few owl boxes we had put up this summer.  SUCCESS!  So cute to see a sleeping owl in the 2nd one we checked.  SO CUTE! I hope it sticks around and has babies this spring. :)

Speaking of babies, it was our goal to have a summer 2015 baby but things aren't working out so far.  Cross fingers for fall 2015! 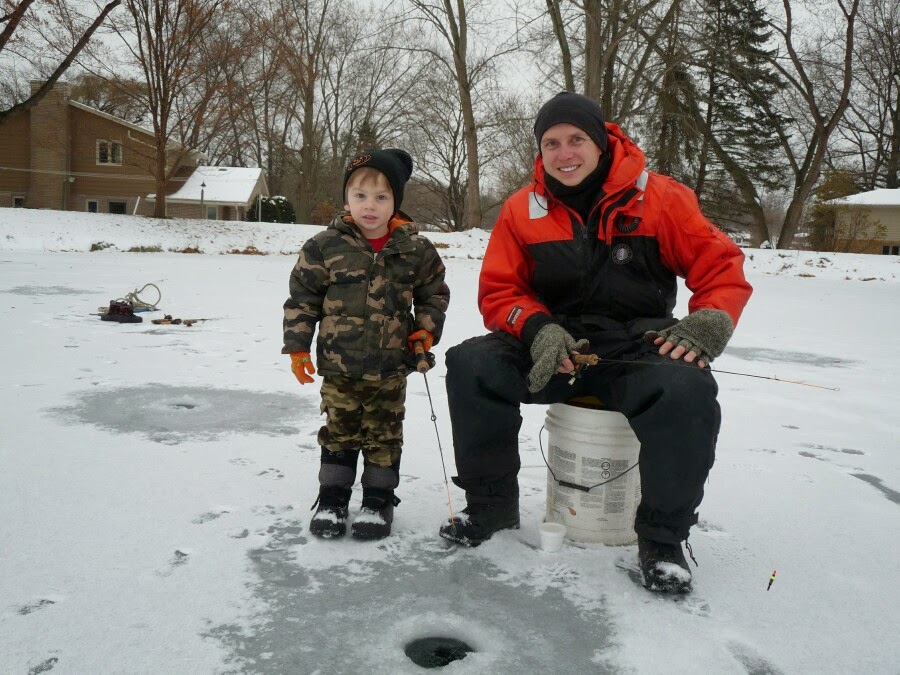 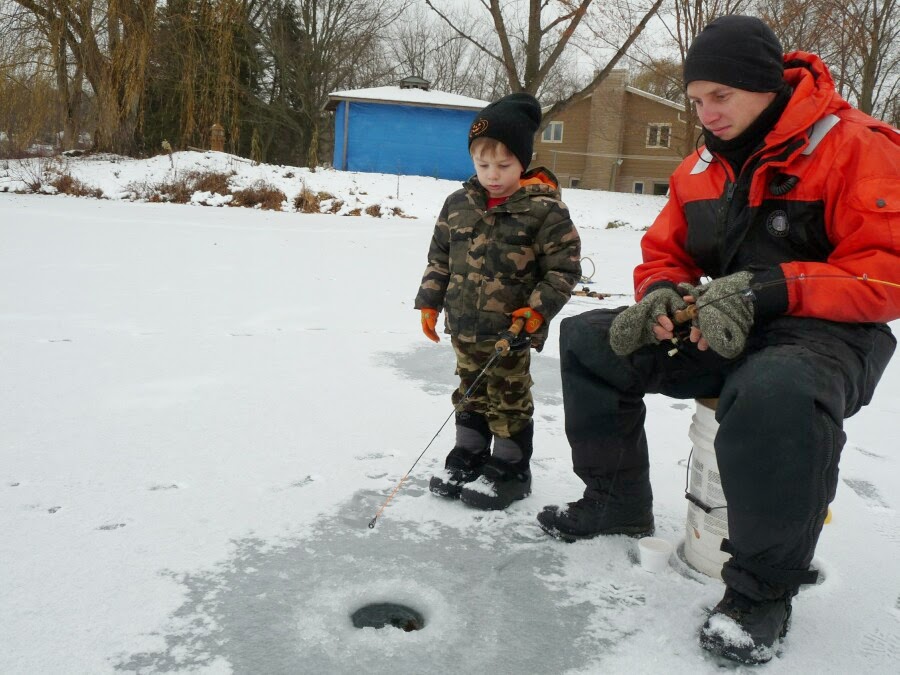