First off a big happy Memorial Day to all! Thanks for all the sacrifices of veterans, families, friends, everyone who has had their lives touched by the armed services. It is because of them this world is the way it is today.
Here are a picture of some of the exciting little babies around here! There is a swan family in the pond across the street from here so everyday I ride my bike over and take pics. The first picture best shows the 7 babies with being able to see that one is gray!! Weird!! I guess the swan couple has been coming to this pond for 3 years now but this is the 1st time they've had babies. 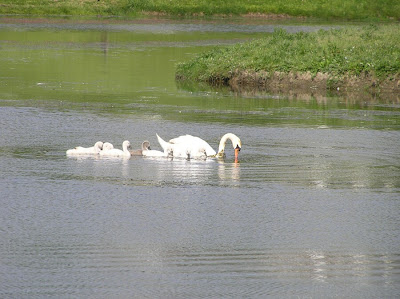 Nick's chics arrived and it has been fun watching them get a little bigger and different each day. 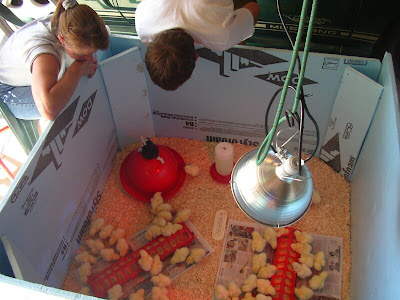 A few weeks ago I was in PA with some geocaching friends. We were going down a country road and then I saw it........ 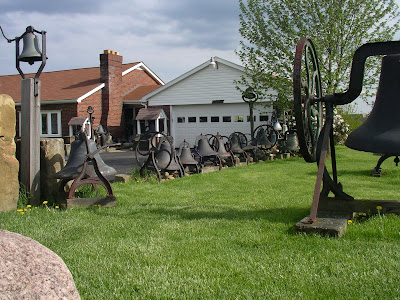 BELLS BELLS AND MORE BELLS!! I was like, "STOP THE CAR!!!" We turned around because by then we were past it, and went back to her house. I was going to be satisfied with a couple pictures from afar but then the lady who lives here pulled around front on the lawn mower, curious as to what we were doing. We inquired about the bells and where she got them, etc, and SHE LET ME RING THEM! Yay. Considering I am still excited three weeks later lets you know how cool that was.

The little things in life. :) Here are some more pics from that trip. 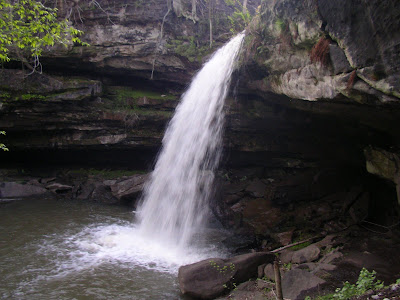 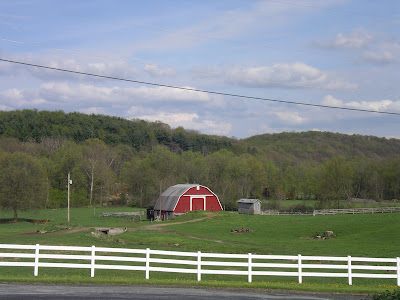 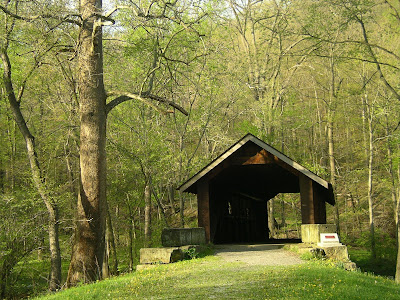 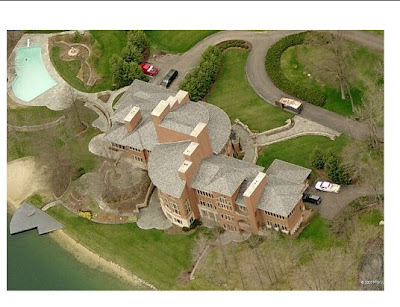 Normally when I watch MTV's show "Cribs" I just get angered at life. I mean, how is it even fair that these people have all that they have? Million dollar homes, 50 cars, pools the size of lakes, and so many bedrooms you lose count. And there are homeless people and starving people in this world. So yeah, not a big fan of the show.

Until today. Let me give you the background:

When I was 10 years old, there was a palace built in the forrest behind my home. 5 stories tall. They also built a custom 17 acre waterskiing lake. Nevermind the guy went bankrupt before it was even completed. It was the mystery home. It was amazing. My dream was always that I could become invisible and go through that house. Just to see what it was like inside would make my mystery complete.

As fate would have it, the house got sold a few times through the years, and now the people who own it have a son in my class!! And he's friends with my cousin! AND TODAY HE WAS ON MTV!!!! Yep they have a new show called Teen Cribs and he applied. Of course he got chosen because he lives in THE HOUSE. So in a weird sort of way I got my wish; a tour of the house through my TV. My cousin and a whole bunch of other kids I have in class had cameo appearances too. :)
1 comment: 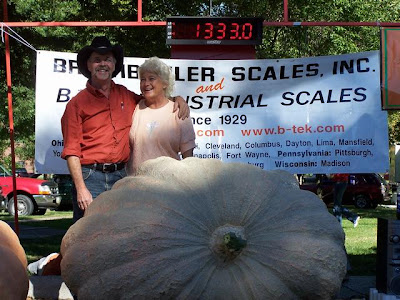 Buddy Conley & Karen Wiget = quite one team!! They have always been two of my favorite pumpkin growers and definitely a great "pumpkin couple". They live in southern Ohio so we see them about 4 times a year or so; which is a lot compared to most of our pumpkin friends because some live on the west coast! You would never see one without the other and their enthusiasm and love for life was contagious.

Karen came home Friday and found out Buddy was dead. Buddy was one of a kind and one in a million, and was famous for always wearing a cowboy hat and boots. He was only 54 years old.

My heartaches so much for Karen. I can't even imagine how she feels and how much it must seem like life has caved in on her. Buddy planted his plants out in the garden the day before he died. Guess he's growing some place even better this summer.
My 2009 season will be dedicated to Buddy.
3 comments:

This cache was "in a swamp" so we decided before even arriving that even though we all had spare footwear, that it would be silly for us all to get wet. We'd sacrifice Nick!! Turned out the swamp was dry, but we had a different challenge to face: a goose on her nest! Nick was still the one we sent to battle. LOL.