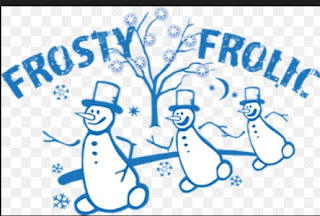 This race was sooooooo cold!  I had purple lips for hours afterwards. It was so pretty running in the dark through stadium park's awesome Christmas light display.

We were first coed team but 2nd overall losing to a male - male team.
No comments:

This was my first race since October 2014! Crazy!  Got pregnant, had a baby, recovered from pregnancy with the help of a PT who has her doctorate in PT and specializes in women's health.  She taught me the importance of getting back into shape correctly and on the correct time table (diatasis recti / pelvic floor, etc).  I did not start running until 6 months post partum on her advice.  It is hard seeing other women who go about things differently (running up until giving birth, running 6 weeks post partum) but Dr. Marsden has taught me so much about how that isn't good for the long term.  We only get one body and we have to treat it correctly!

Anyhow!  My first race!  This is my favorite race and consists of a 2 mile run, 10 mile bike, and 5 mile kayak.  Everything was going great and I had just passed up a super fast lady on mile 5 of the bike that I'm normally gunning for.  I turned left.  The course went right.  Doh!  I ended up biking 3 extra miles.   I'm not sure how but I still ended up winning my age group.  Time: 2:08:27.   I would have definitely been top 3 overall female if not for my blunder.   Nick did AWESOME!  He was 4th overall and 1st in his age group.  1:49:46.  We had fun and I learned to always memorize the turns before the race. Can't assume it will be marked and can't assume there will be anyone in front of you.

Next up will be the Portage Lakes Triathlon in September!  Gotta get swimming.  I've been slacking off. Babies make things difficult to say the least. 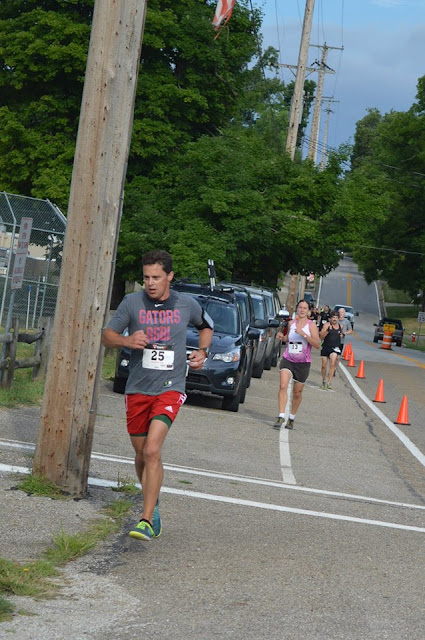 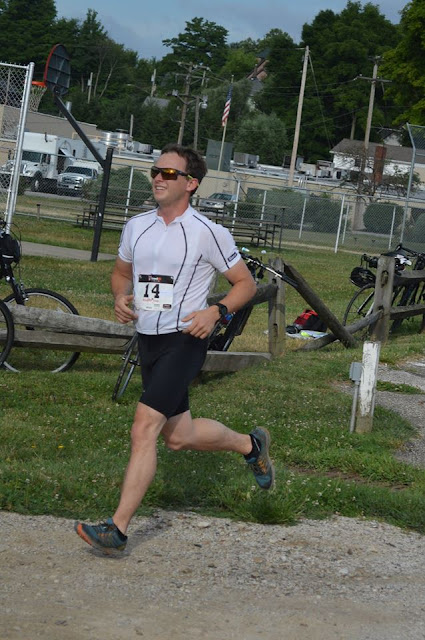 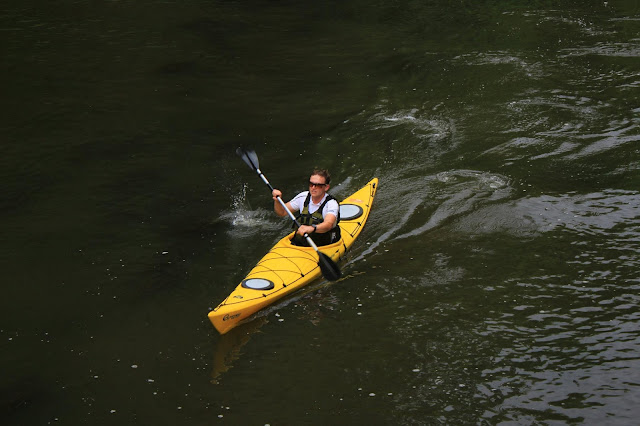 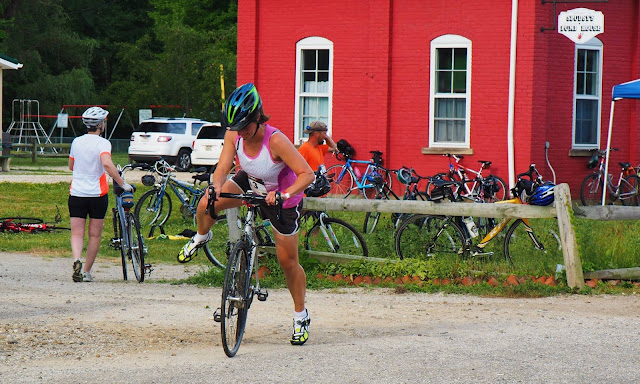 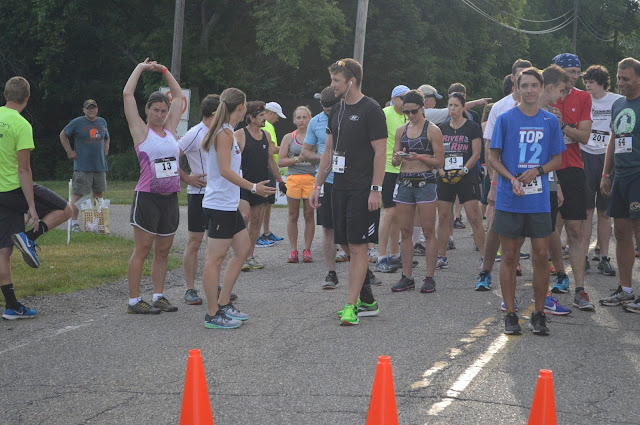 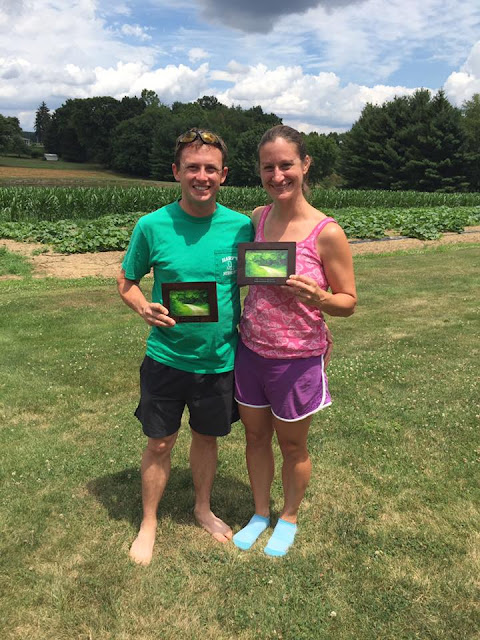 Connect with your past: Skiing

Now that Blaine is getting into skiing, I thought it would be neat to type this up to save for the future.  My great great grandpa, CJ Otto owned a farm in Maryland with a big ski hill on it.  His son later owned the farm (Sam) and Sam's daughter still lives there today (Grace).

Building a Community -- The Swauger, Swatzengruber and Swartzentruber families built a dam, creating the 13-acre lake that became the center or the small community. Around 1930, the McAndrew brothers, Philip and Michael, owned most of the area around the lake. Mike McAndrew operated a “Jot Em Down” store, and Phil ran the grist mill. Some other facilities in the small community were a large garage, a large barn, the community’s one-room school, a residence now known as the “Martin House” and the McAndrew’s residence. At the north end of the lake, Mr. C.J. Otto had a grocery store, filling station, and post office. Mr. Otto also ran a large sawmill near present-day Twin Churches Road.

Recreation -- Soon after the New Germany CCC camp was disbanded in 1938, people began flocking to the area for recreation. Bowing to pressure from ski clubs, the state negotiated with Mr. Samuel Otto to use his property for a downhill ski run, complete with a rope tow powered by a 1935 ¾ ton Dodge truck. Visitors could stay at the Alexander (Martin) house in dormitory-like quarters, in the cabins, in the old barracks, or with local families. Some visitors would regularly drive six to eight hours from Washington or Baltimore to visit the park for the weekend. In February 1941, New Germany was the site of the first Open Ski Championship Meet ever held south of the Mason-Dixon Line.

I find this super cool for many reasons.  1)  My grandma Betty (CJ Otto's granddaughter) was born in Akron, Ohio on a farm that is now Firestone Metropark, home off one of the best sledding hills in the area. Winter sports family for sure!    2)  Grace Otto's husband was named Blayne.    3) The house my great grandma was born in is still there today and lived in by family.  SUMMER ROADTRIP ALREADY PLANNED!  Can't wait.

PRINGS, Pa. — Visitors to the Springs Museum can now follow the family history of Jacob J. Otto, who arrived in Somerset County in 1831 from Germany via the port of Baltimore.
The family Bible, imprinted on the cover with the name of Jacob Otto and date of 1814, was given to Jacob, eldest son, by his father, Jacob, in Germany. Grace Otto Shunk of the New Germany area donated the Bible to the museum. She is the granddaughter of Christian J. and Clara Arendt Otto, youngest son of Jacob J. Otto.
She also donated a pitcher that was made and presented to Jacob J.’s fiancée, Mary Shetler, in 1829. Upon Jacob’s arrival to Somerset County, he and Mary were married. They later moved to Garrett County, where they purchased their first farm in 1838 on the east side of Meadow Mountain. In 1845, they purchased 168 acres at New Germany, where Jacob lived for the remainder of his life.
Christian J. purchased a farm of his own in the community and mother Mary resided with Christian’s family until the time of her death. The Bible and pitcher remained on her bedside table until her death.
The pitcher has been displayed on the mantle in the living room as long as Shunk can remember. Her father, Sam Otto, lived in the home as well as Grace and her husband, Blayne.
A Frick thresher machine has been donated by Matthew Caton of Meyersdale.
The Springs Historical Society makes the items available to many interested descendants. The Springs Museum and Springs Museum store, selling antiques and collectibles, is open Wednesday through Friday, 1 to 5 p.m., and Saturday, 9 a.m.to 2 p.m. Admission is on a donation basis. For more information, go to www.springspa.org or call (814) 662-2625.
1 comment: