Tucker Jolly himself! Yes, that is his REAL name! 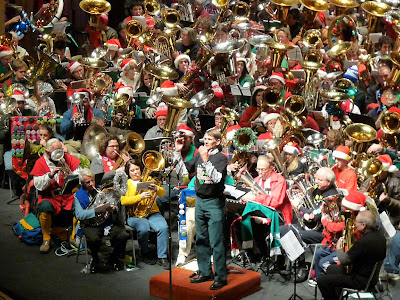 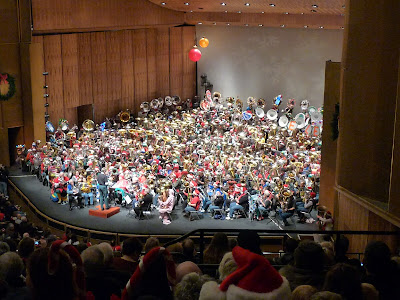 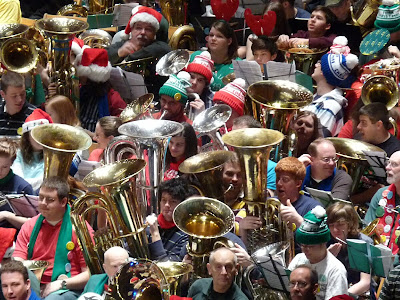 TubaChristmas is a strange obsession: 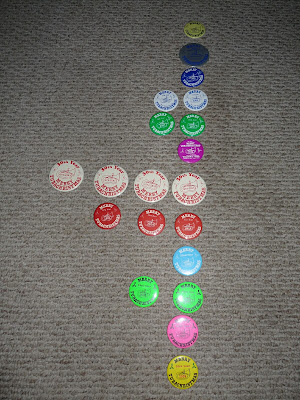 I got out my TubaChristmas buttons to take the above photo and was shocked to see I've played in 20 TubaChristmases over the years. WOA! Canton, Akron, Medina, Wooster, and Columbus, but none compare to Tucker Jolly's Akron TubaChristmas. It is the oldest one in Ohio and by far the best. I've only missed one since 10th grade! I'll tell you of a guy who has missed NONE: Tucker Jolly. In fact this was the 30th straight year Tucker stood up there directing the mass of 500 tuba players and the Mayor of Akron even declared December 19, 2009 as Tucker Jolly Day. He's a tuba professor at the University of Akron. Let's all hope he never retires!

lol. I've never heard of TubaChristmas before! Such a funny sight seeing all those tubas crowded in together! I bet fun was had by all though!

wow that's a lot of players, it must be hard for the director to direct all of you. I never heard of TubaChirstmas before but I bit it's a lot of fun because you've been doing it for quite a while.

I haven't heard of Tuba Christmas either. But I had to let you know that Dirt played tuba in school, along with a stint on the accordian with his dad as a youngster.